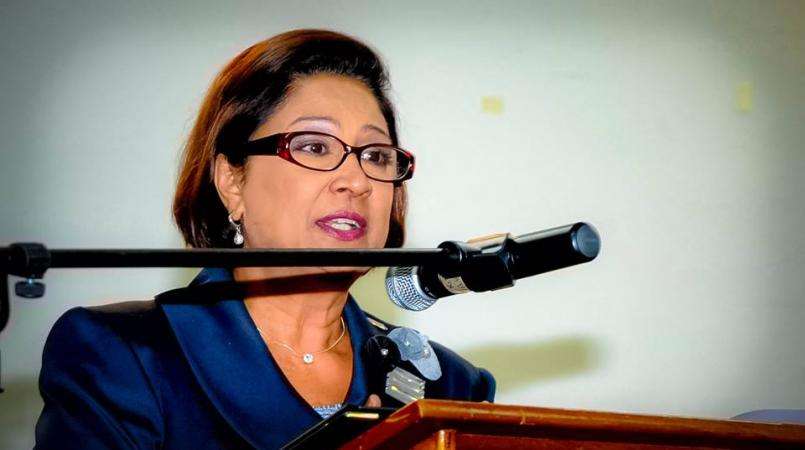 2nd Awards Ceremony and Inauguration of VOM Board of Directors

On the 31st January, 2011 at the 2nd Awards Ceremony and Inauguration of their Board of Directors, the Honourable Kamla Persad-Bissessar quotes; “Vision On Mission, I’m advised, is an NGO that was founded by Mr. Wayne Chance, a former prisoner, who was able to find spiritual comfort in prison and then committed himself to not only complete social rehabilitation, but the rehabilitation of those who would have also been lost in the prisons, or, in coming out, been forced to regress into the life of crime that took them astray. Believe me, transformation of that kind is not an easy thing. I know Mr. Chance and all the persons he would have inspired to be rehabilitated over the years would have had to endure significant obstacles, –financial, emotional, societal stigmatization and above all, physiological—for it is truly not easy to change what one perceives to be one’s destiny in life, especially if that perceived destiny is a life of crime. For that, Mr. Chance and all the persons associated with your organisation and its unceasing, important work over the years, I say the Government and the people of Trinidad and Tobago salute you, we commend you and we support you efforts.”

She further stated that; “There are many other areas we’ve done work in and I will not go through all of them tonight except to share with you that it is truly my pleasure tonight to announce that the Ministry of National Security will be further partnering with NGOs like Vision On Mission to ensure that the very pertinent issue of social rehabilitation of those in the prison systems is given priority, especially the mentoring programmers.”